Trina Lacy is passionate about Angel Hope, a service that she once relied on to get her through one of the toughest times in her life.  Required to complete community service hours for graduation she proposes a charity fundraiser held at Windows on the World, in New York City’s Twin Towers.

She is joined in this venture by her ex-boyfriend Lucas James.  He is hoping to use this not only for his required hours, but to mend the broken relationship with Trina.  Mark Jacobs volunteers for the project out of guilt.  He has been carrying around the guilt of playing a major role in his parent’s death.  He hopes to find a way to forgive himself.

They meet at the Twin Towers on 9-11 to divide and conquer.  None of them expected terrorists to fly planes into the Towers.  Each of them is a survivor of a horrific tragedy from their past and, now they must face escaping the burning towers with all the odds stacked against them.  How will they survive this ordeal when each of them feels guilty at having survived in the first place? 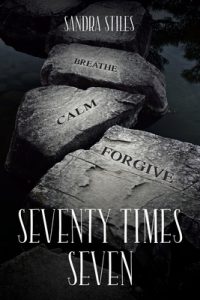 Frankie’s school year is going downhill. His math teacher hates him, he keeps getting suspended. The new preacher keeps telling his dad how to handle his “problem” son. When the preacher’s son is left with them for a few weeks Frankie sees this as a relief until they are involved in a hit-and-run accident. All these conflicting emotions and secrets bring Frankie to a breaking point. Just when he decides what he must do to make things right, his sister and best friend go missing. Frankie is tormented by nightmares where he hears his sister calling for help while being chased by something dark and unseen. Everyone has abandoned him including God. What will it take to set everything right again?