Posted on July 25, 2011 by sk612
GIVEAWAY
To enter the giveaway for a print copy of the book Most Likely please leave a comment  and an email address below by midnight August 29th.  A winner will be chosen Saturday August 30th at 8:00 AM,  EST.  I will announce the winner on this site an will email them.  Thank you for entering. 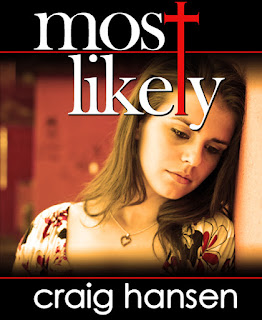 Available in ebook format from:
Kindle , B&N, Smashwords
Paperback format:  CreateSpace
Source:  I received a copy for review from author
Genre: Young Adult, Realistic Fiction, Light Christian
My Review:
I guess I will address the style of writing first.  It was so smooth and fluid that I believe even reluctant readers or those with reading difficulties will be able to pick up this book , read and enjoy it.  I don’t know if it was just his style of writing or because I am a teacher that I was able to slip into the story and identify with these teens.  Either way he is an author to watch out for.
As a teacher I see the pressures teens are under every day.  No matter what your religious beliefs, teens all face the same pressures.  They must deal with friendships,  and decisions about their behavior in all situations.   Most teens see themselves as  invincible.  The bad things won’t happen to them.  I became a Christian as a child of eight years old.  I can tell you that I faced the same pressures as my friends who were not Christians.  Craig Hansen has crafted a realistic story that shows just some of the pressures your typical teen may face.  He then throws in the pressure of abuse,  keeping secrets,  family problems and the emotions of dealing with all of these issues.  I had difficulty stopping for anything while reading this book.  I look forward to it coming out in physical form so that I can add it to my shelves at school.  Although many people who read this might not think it is a book that should be placed in middle schools because of the topic of sexual pressure,  I disagree.  In the last three years I’ve known at least four middle school students who made bad choices and got pregnant.  A book like this lets the reader know that the feelings are normal but that everything in life comes down to choices.  The way the main character handled all of the situations she was faced with, made it extremely believable.  It did not portray her as this super human teen able to conquer any problem thrown at her.  It showed the emotional roller-coaster she was on.  I not only look forward to reading more by this author, I plan on telling everyone I know about his work.  I really enjoyed the light Christian theme.  So many times our teens feel like they are in the world alone faced with decisions they don’t want to make.  Christian or not this book fills that gap.  Anytime  a book can bring out the emotions this book brought out in me, it goes high on my list.  Go to Craig Hansen’s website and read  the first chapter of his book. 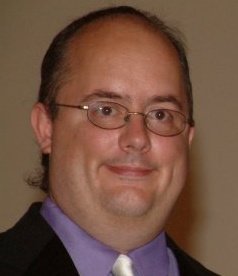 One Response to Book Review, Author Interview and Book Giveaway